I am very excited to announce SOUL SISTER is available to download and read on your kindle (or kindle reading app). 🙂 It’s also available for all of you Kindle Unlimited subscribers. Check it out! 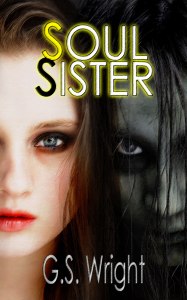 Amelia is a damaged girl from a broken family. It’s hard to be normal when your best friend is a ghost and you’re surrounded by living shadows.

As she ages, the shadows only get stronger, threatening her very soul. One will do anything to pull her into his dark realm. To protect her family and loved ones, she may have to make the ultimate sacrifice.

Can Amelia find salvation, or will she be lost within the shadows…

SOUL SISTER is a dark paranormal fantasy that takes place in our modern world. It is a novel of love and hate, life and death, angels and demons, hope and despair.

Grab it on Amazon, today!

I am writing/releasing 52 books in 52 weeks. Week two is over. Week 2: 1 book written. I finished Soul Sister on Friday. I’m making a few changes for the second draft. It will go through my proofreaders one more time (hopefully) and it’ll be released (again, hopefully) this week. I’m very excited to share it with you. It’s my favorite story from my muse so far. Words Written Last Week: 11,882. Average: 2,376 a day across 5 days. All of my time went to finishing Soul Sister. Week 2 of 52: 3 written, 2 published.

This isn’t really a bonus, but a reminder. Did you know you can still read Death Storm (Hungry Gods Book 1) for FREE? I’m just throwing that out there because you’ll be seeing Book 3 in about two months and that will give you time to read the first two books with very little wait for the conclusion. You can find Death Storm at any of your favorite ebook distributors. It’s everywhere, seriously. 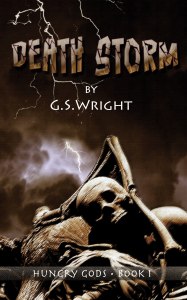 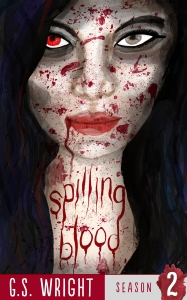 Here it is, Episodes 5 through 10 of Spilling Blood, in ONE COMPLETE NOVEL!

It has been one year since the events of Season I. Emily Steel, still a young and inexperienced vampire, struggles to deal with her new existence, feeling homesick and distant from the life she has lost. Her only companion is an undead werewolf.

Where once she feared vampires, Emily now fears the uncertainty of an unlife she doesn’t fully understand, and the hunger for the blood of the living which cannot be denied.

Despite her vampiric urges, Emily finds herself with feelings for a mortal. Though he too has feelings for her, Emily knows it is but a matter of time before he realizes what she is… a monster.

Yet there are other forces gathering. Dark shadows move across the night sky. Vampires are disappearing. A hunter has arrived, and Emily is his target.

Grab your copy today on Amazon.

Watch for the paperback edition next month. 🙂

As a recap, last week committed to the goal of writing 52 books in 52 weeks. Week one is over, and I am ahead of schedule!

Week 1: 2 books. Ahead of schedule. Books Released: Spilling Blood Episode 10; Spilling Blood Season II. (click on the covers or on the text to be teleported to Amazon)

Words written last week: 8,938. Averaged 1,788 words a day (across 5 days, I rarely write on the weekends). Most of my time was spent editing and revising Spilling Blood 10, and the Season II collection.

All attention is going to finishing Soul Sister. As it currently stands I am at 34,531 of 50,000 words. The final word count is not fixed, and may well go over.

If I get a chance to work on a second project, I’ll move on to the third book of the Apocalypse Witch series.

Also, I still have a long way to go to finish the paperback of Spilling Blood Season II, which I’d like to finish this week and get submitted to Createspace.

Guess what? Broken Things is on sale this week! Grab it for $0.99 on Amazon for your kindle reader. You’re welcome. 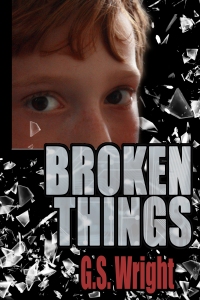 Here it is, the exciting, bloody, terrifying conclusion of Season II of Spilling Blood! I will have the bundle of all 6 episodes of the Season out next week. For all of you that have followed the season episode by episode, thank you. It is the show of support that keeps me going. 🙂 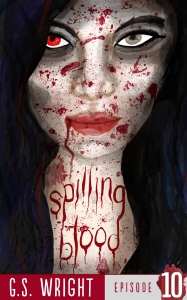 The Terrifying Conclusion to Season II

Vampires and werewolves, hunters and monsters –

Tonight – they will violently collide…

Broken and nearly exsanguinated, Emily has fallen into the hands of her enemies. If she is to live, she must become one with everything she has fought so hard against. She must become a monster.

Ravager faces off against Stormfang for control of the werewolf pack, a battle that may well destroy the last vestige of everything he has sought.

Ambrogino, the psychotic hunter, has drawn out the Dragon, a vampire of immense power.

Grab it on Amazon!

If you are looking for the other episodes, check out the link to the left for Spilling Blood. 🙂

Yes, I know, we’re well into 2015. Through the winter (and the first part of the year, I didn’t have that much time to devote to my writing. Sooo… here we are, mid-April, and I’m just getting around to what is going on for the rest of the year.

Last year I had set a goal of writing 1 million words. I managed about a quarter of that. Though I’d like to think I could hit it this year, I don’t think a million words is what I want to focus on this time around.

Instead, I’m going for 52 ebook releases in 52 weeks. Some of you might’ve seen a similar goal inspired by the writer Dean Wesley Smith in one of his blog posts from a few years back, and yes, I admit that it’s my influence.

But, I hear you say, it’s April! 15 weeks have already gone by, and you’ve only released 4 ebooks this year! Well, I just so happen to have 15 books on Amazon right now! That’s still 52 books by the time this year ends. But still, that’s not exactly the goal. 52 books in 52 weeks. I’ll take this goal into April 2016 to see it through.

So… back to what I’m shooting for. At least one ebook a week. This will include short stories, novelettes, novellas, serials, bundles, and full length novels. I’m going to try for at least one release per month to be a novel of 40k words or more, but that’s a secondary goal.

This week you’ll see the release of the conclusion to Spilling Blood Season II, and the complete Season in a single bundle (for those of you who have been waiting). In the following weeks, Apocalypse Witch 3 and the bundle of the trilogy, and Soul Sister (which is coming along quickly now), and finally on to Hungry Gods 3. I have several other secret projects I’m not ready to announce yet, but the above are what I’m already committed to.

Finally, if I can stay on track, I’ll go back to fairly regular Monday updates to keep myself honest.

Get this on Amazon!

Emily is a prisoner of the upír. Drained of blood and dumped in a pit, she is not alone. Her enemy, Maggie, is there with her, and only one of them can escape.

Ravager has returned to the werewolf pack and the mate he left behind. Though they welcome him back after thirty years, their alpha, Stormfang, wants something in return, a secret Ravager has kept since his death.

Ambrogino, the hunter, closes in on the location of the vampire lord. It is his last chance to get the monster before his own life is forfeit.

This week and the next I’ll be building onto this web site a number of pages dedicated to my SPILLING BLOOD serial. Already up are Episode Guides to Seasons I and II.

By next week, I’ll have up the cast of the books, and all about the vampires and werewolves of the Spilling Blood world.

And guess what? Episodes 9 & 10 will both be out by the end of next week, if not sooner!